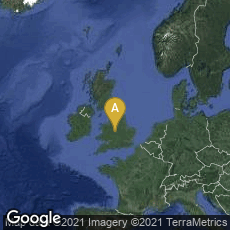 The Library of Birmingham, A New Paradigm for a Regional Library In this article dated August 12, 2015, two years after the Library of Birmingham was opened, the city placed a moratorium on book buying for all the libraries in Birmingham.

In November 2013 the library of Birmingham's website had this to say about the new library:

"The Library of Birmingham provides a showcase for the city's internationally important collections of archives, photography and rare books. New facilities including state-of-the-art gallery space open up public access to the collections for the first time. It is also home to a BFI Mediatheque, providing free access to the National Film Archive. Other facilities include a new flexible studio theatre, an outdoor amphitheatre and other informal performance spaces, a recording studio (opening in November 2013), and dedicated spaces for children and teenagers. By harnessing new technology, everyone from Birmingham to Beijing, Bangalore and beyond can access the Library of Birmingham's world-class resources. More than three million visitors are expected each year, and millions more online.
"Described by its architect Francine Houben as a 'people's palace', the Library of Birmingham is highly accessible and family-friendly. It will deliver excellent services through collaboration between the library, The Birmingham Repertory Theatre, partners and communities. It will provide a dynamic mix of events, activities and performance together with outstanding resources, exhibitions and access to expert help for learning, information and culture. As a centre of excellence for literacy, research, study, skills development, entrepreneurship, creative expression, health information and much more, the Library of Birmingham can change people's lives" (http://www.libraryofbirmingham.com/article/About, accessed 11-08-2013).