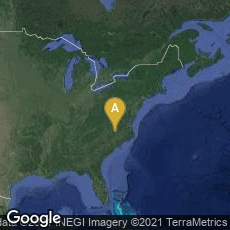 "Large-scale brain activity from a rhesus monkey was decoded and used to simultaneously control reaching movements of both arms of a virtual monkey avatar towards spherical objects in virtual reality."

In a study led by neuroscientist Miguel A. L. Nicolelis and the Nicolelis Lab at Duke University, monkeys learned to control the movement of both arms on an avatar using just their brain activity. The findings, published on November 6, 2013 in Science Translational Medicine, advanced efforts to develop bilateral movement in brain-controlled prosthetic devices for severely paralyzed patients, and raised the hope that patients might eventually be able to use brain-machine interfaces (BMIs) to control two arms. To enable the monkeys to control two virtual arms, researchers recorded nearly 500 neurons from multiple areas in both cerebral hemispheres of the animals’ brains, the largest number of neurons recorded and reported to date.

"While the monkeys were moving two hands, the researchers saw distinct patterns of neuronal activity that differed from the activity seen when a monkey moved each hand separately. Through such research on brain–machine interfaces, scientists may not only develop important medical devices for people with movement disorders, but they may also learn about the complex neural circuits that control behavior....

“Simply summing up the neuronal activity correlated to movements of the right and left arms did not allow us to predict what the same individual neurons or neuronal population would do when both arms were engaged together in a bimanual task,” said Nicolelis in a released statement. “This finding points to an emergent brain property – a non-linear summation – for when both hands are engaged at once" (www.technologyreview.com/view/521471/monkeys-drive-two-virtual-arms-with-their-thoughts/, accessed 11-09-2013).