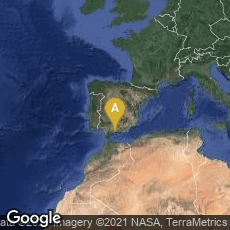 In September 2011 the Iamus computer cluster developed by Francisco Vico and associates at the Universidad de Málaga produced a composition entitled Hello World! This classical clarinet-volin-piano trio was called the first full-scale work entirely composed by a computer without any human intervention, and automatically written in a fully-fledged score using conventional musical notation.

Several months later, on July 2, 2012 four compositions by the Iamus computer premiered, and were broadcast live from the School of Computer Science at Universidad de Málaga, as one of the events included in the Alan Turing year. The compositions performed at this event were later recorded by the London Symphony Orchestra, and issued in 2012 as the album entitled Iamus. This compact disc was characterized by the New Scientist as the "first complete album to be composed solely by a computer and recorded by human musicians."

Commenting on the authenticity of the music, Stephen Smoliar, critic of classical music at The San Francisco Examiner, wrote in a piece entitled "Thoughts about Iamus and the composition of music by computer," Examiner.com, January 4, 2013:

"However, where listening is concerned, the method leading to the notation is secondary. What is primary is the act of making the music itself engaged by the performers and how the listener responds to what those performers do. Put another way, the music is in the performance, rather than in the composition without which that performance would not take place. The issue is not, as Smith seems to imply at the end of her BBC report, whether 'a computer could become a more prodigious composer than Mozart, Haydn, Brahms and Beethoven combined.' The computer is only prodigious at creating more documents, and what is most interesting about the documents generated by Iamus is their capacity to challenge the creative talents of performing musicians."