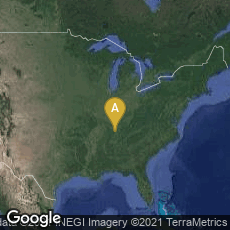 In a paper published in Nature Biotechnology on November 24, 2013 thirty-six researchers lead by Joshua Denny, associate professor of biomedical informatics and medicine at Vanderbilt University, showed that data mining of electronic patient records was more cost-effective and faster than comparing the genomes of thousands of people with a disorder to the genomes of who people who don't have the disorder.

"Their biggest new findings all involved skin diseases (just a coincidence, says Josh Denny, the lead author): non melanoma skin cancer and two forms of skin growths called keratosis, one of which is pre-cancerous. The team was able to validate the connection between these conditions and their associated gene variants in other patient data.

"Unlike the standard method of exploring the genetic basis of disease, electronic medical records (EMRs) allows researchers to look for genetic associations of many different diseases at once, which could lead to a better understanding of how some single genes may affect multiple characteristics or conditions. The approach may also be less biased than disease-specific studies.

"The study examined 13,000 EMRs, but in the future, similar studies could look benefit from much larger data sets. While not all patient records contain the genetic data needed to drive this kind of research, that is expected to change now that DNA analysis has become faster and more affordable in recent years and more and more companies and hospitals offer genetic analysis as part of medical care. When researchers have millions of EMRs at their finger tips, more subtle and complex effects of genes on disease and health could come to light. For example, it could allow for important studies on the genetics of drug side effects, which can be rare, affecting maybe 1 in 10,000 patients, Denny says" (http://www.technologyreview.com/view/521986/genetic-link-to-skin-cancer-found-in-medical-records/, accessed 11-25-2013).