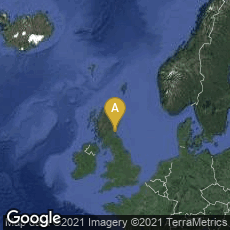 In 2011 the Universal Short Title Catalogue (USTC) was initiated at the University of St. Andrews in Scotland. This created a database, the goal of which was to eventually document all books published on the continent of Europe and in Britain from the invention of printing to the end of the sixteenth century. The database aimed to provide access to full bibliographic information of all books, locations of surviving copies and, where available, digital full text editions that could be accessed through the database. In 2013 the USTC described approximately 350,000 editions and around 1.5 million surviving copies, located in over 5,000 libraries worldwide.

"The invention of printing in the fifteenth century revolutionised information culture, vastly multiplying the number of books in circulation. It had a transforming impact on the intellectual culture of the Renaissance. The invention attracted enormous attention, and the art of printing spread quickly through the European continent. In the next 150 years publishers brought out a huge number of texts in a large range of disciplines. These included thousands of Bibles as well as milestones of scientific publication. Printing also stimulated the production of new types of books, such as news pamphlets, and the influential propaganda works of the Protestant Reformation. Overall this amounted to a huge volume of books: at least 350,000 separate editions, a total of around two hundred million printed items.

"The history of print has always played a central role in the development of modern European society. Despite this, the knowledge base on which such interpretations are based is surprisingly flimsy. Astonishingly, to this point, it has never been possible to create a complete survey of all printed books in the first age of print.

"The corpus of materials is very large, and widely dispersed. Many books from the fifteenth and sixteenth centuries survive in only one copy. These unique items are distributed between around 6000 separate archives and libraries around the world.

"Nevertheless, this tradition of national bibliography has two main drawbacks. Firstly, National Bibliographies are seldom complete. For practical and funding reasons the German VD 16 and Italian Edit 16 both confine their searches to books presently located in German and Italian libraries respectively. Yet sixteenth-century books were dispersed very widely; many books survive only in libraries far away from their place of production. Secondly, the coverage of Europe by these projects is far from comprehensive.

"The USTC will make good these deficiencies in a project with two strands by completing the coverage of European print by gathering comprehensive date on all parts of Europe lacking such a survey. Finally, the USTC will co-ordinate the merging of these resources with other cognate projects into a coherent, unified searchable database" (Wikipedia article on Universal Short Title Catalogue, accessed 11-26-2013).