An ad for the SCELBI-8B, the second version of the machine, as it appeared in BYTE magazine #1, September, 1975.

Initial announcement (print-out from teletype) of the SCELBI-8H as it appeared on March 24, 1974. (From SCELBI.com) 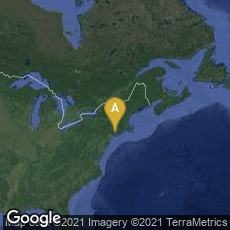 In March 1974 Computer Consulting of Milford, Connecticut advertised the SCELBI-8H (SCientific ELectronic BIological, pronounced "sell-bee") personal computer. Based on the first 8-bit microprocessor from Intel, the 8008, the 8H came with 1K of random-access memory and was available either fully assembled or in a kit, consisting of circuit boards, power supply, etc. that the purchaser assembled. The company placed ads in QST, Radio-Electronics and later in BYTE magazine. Though the 8H was preceded by the Micral N produced in France, some have called it the first personal computer advertised in kit form.

"No high-level programming language was available for the 8H in the beginning. Wadsworth wrote a book, Machine Language Programming for the 8008 and Similar Microcomputers, that taught the assembly language and machine language programming techniques needed to use the 8H. The book included a listing of a floating point package, making it one of the first examples of non-trivial personal-computer software distribution in the spirit of what would much later become known as open source. Because of the similarities between the 8008 and the 8080, this book was purchased by many owners of non-SCELBI hardware" (Wikipedia article on SCELBI, accessed 12-02-2013).