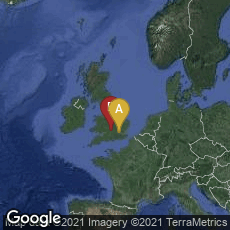 The Press on which William Morris Printed the Kelmscott Chaucer is Sold, Again "William Morris". Painting by Robert Thom in the series Graphic Communications Through the Ages preserved in the Cary Graphic Arts Collection, Rochester Institute of Technology.

On December 6, 2013 the Floor Model Albion Press No. 6551 produced by Hopkinson & Cope, and used by William Morris's Kelmscott Press in Kelmscott, England, to print the Kelmscott Chaucer and other books, was auctioned by Christie's in New York. The press was consigned by Jethro K. Lieberman, who inherited it from his father J. Ben Lieberman. Ben Lieberman acquired the press in 1960, prior to which it had been owned by typographer Frederic W. Goudy, and by C. R. Ashbee at his Essex House Press. The price realized was $233,000.

"Undoubtedly the most famous printing press in the annals of modern fine press publishing, William Morris's Albion 6551 handled the monumental task of printing his masterpiece, Chaucer's Works in 1896. The Kelmscott Press started printing in January 1891 at the press's premises on Upper Mall, a few doors down from Kelmscott House. About ten or twelve pressmen and compositors were employed, and as output increased rooms were taken in the adjacent building known as Sussex House. Soon after T.J. Cobden-Sanderson set up his Doves Bindery opposite Sussex House in 1893, Morris was able to rent rooms upstairs for his proofreaders who stayed there in the summer of 1894. Additional premises were taken on 1 January 1895 to accommodate this third Albion press, which was specifically purchased to print the folio Chaucer, which had fallen behind schedule (see Linda Parry, ed., William Morris, New York, 1996, pp.313-4).

Called "THE FINEST BOOK SINCE GUTENBERG" by Colin Franklin, the Chaucer is the supreme achievement of the forty-year artistic collaboration between Edward Burne-Jones, William Morris and the Kelmscott Press: "the final chapter of co-operation; the venture in which their particular talents are combined for the last time, and to spectacular effect" (Robinson). It is the largest and most highly praised of all the Kelmscott books, which Burne-Jones famously referred to as "a pocket cathedral -- it is so full of design." Earliest plans for the work dated to 1891 but printing of the book did not begin until August 1894, and it was only issued to subscribers in June 1896.

Purchased by Morris in 1894 for £52.10s, No. 6551 was one of the three full-sized Albions he was to own at the Kelmscott Press. Morris chose this Albion for the formidable task of printing the Kelmscott Chaucer and had the press reinforced with iron bands to keep the staple from cracking under the extra pressure required to print the heavy forms of this monumental book. After Morris' death, the Albion was owned first by C.R. Ashbee's Essex House Press, and then subsequently by the Old Bourne and Pear Tree Presses, before it was purchased by Bertha and Frederic Goudy in 1924. The Goudys brought the Albion to America where it joined the typecasters and other foundry equipment of the Village Press and their Press of the Woolly Whale. In 1960, Elizabeth and Ben Lieberman acquired the press after it had resided with several additional printers. When the Liebermans' Herity Press took possession of the Albion, its history was so ingrained that it was dubbed the Kelmscott/Goudy Press, nicknamed "K/G." The Liebermans placed a Liberty Bell to the top of the press, and the Morris Society approved of the alteration "as a pledge to the freedom of the press which the personal printer represents and helps sustain."
See William S. Peterson, The Kelmscott Press: A History of William Morris's Typographical Adventure, University of California Press, 1991, p. 342'; Franklin, Private Presses, p.192; Peterson A40; Robinson,William Morris, Edward Burne-Jones and the Kelmscott Chaucer; Sparling 40" (http://www.christies.com/lotfinder/books-manuscripts/kelmscott-press-floor-model-albion-press-5754413-details.aspx, accessed 12-08-2013).

On December 10, 2013 the Cary Graphic Arts Collection at the Rochester Institute of Technology announced that they bought the press:

"In 1924, American type designer Frederic Goudy imported Albion No. 6551 from England to Marlborough, N.Y., for use in his Village Press. Shortly thereafter, Goudy sold it to Spencer Kellogg Jr., who ran the Aries Press of Eden, N.Y.

“From 1932 to 1941, Albion No. 6551 was owned by the Cary Collection’s namesake, Melbert B. Cary Jr., director of Continental Type Founders Association and proprietor of the private Press of the Woolly Whale,” Galbraith explained.

“Cary bequeathed the press to his pressman George Van Vechten, and in 1960, J. Ben and Elizabeth Lieberman acquired Albion No. 6551 for their Herity Press. They topped the press with a Liberty Bell, a reminder of the vital role that private presses play in the freedom of the press.”

"Albion No. 6551 will join the Cary Collection’s Arthur M Lowenthal Memorial Pressroom, a working collection of 15 historical printing presses and more than 1,500 fonts of metal and wood type. Supporting study of the press is a collection of Kelmscott Press publications and archives of material related to Frederic Goudy and Cary’s Press of the Woolly Whale."

Book History from 1798 to 1899
Printing by Handpress or by Hand
Collecting Books, Manuscripts, Art, NFTs