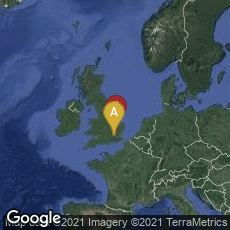 Discontinuous Variation as a Source of Evolutionary Change In 1894 English geneticist and Fellow of St. John's College, Cambridge, William Bateson published Materials for the Study of Variation Treated with Especial Regard to Discontinuity. This was Bateson's major work before his rediscovery of Mendel's laws of heredity. Like many other scientists during the last decades of the 19th century, Bateson rejected the orthodox Darwinian doctrine of natural selection, which taught that evolutionary change was the result of gradual and continuous accretion of seemingly insignificant variations. Bateson emphasized the importance of major or discontinuous variation as the source of evolutionary change, studying plant hybrids in an effort to determine how discontinuous variations are inherited, and summarizing his discoveries in the Materials.