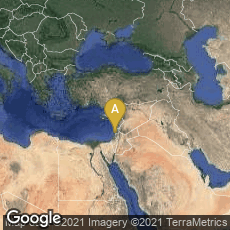 "Stephen Wroe, from the University of New England, Armidale, NSW, Australia, said: 'We would argue that this is a very significant step forward. It shows that the Kebara 2 hyoid doesn't just look like those of modern humans - it was used in a very similar way.'

"He told BBC News that it not only changed our understanding of Neanderthals, but also of ourselves.

"' Many would argue that our capacity for speech and language is among the most fundamental of characteristics that make us human. If Neanderthals also had language then they were truly human, too.' "

Ruggero D'Anastasio, Stephen Wroe et al, "Micro-Biomechanics of the Kebara 2 Hyoid and Its Implications for Speech in Neanderthals," Plos One, December 18, 2013, DOI: 10.1371/journal.pone.008226. The Abstract of the article:

"The description of a Neanderthal hyoid from Kebara Cave (Israel) in 1989 fuelled scientific debate on the evolution of speech and complex language. Gross anatomy of the Kebara 2 hyoid differs little from that of modern humans. However, whether Homo neanderthalensis could use speech or complex language remains controversial. Similarity in overall shape does not necessarily demonstrate that the Kebara 2 hyoid was used in the same way as that of Homo sapiens. The mechanical performance of whole bones is partly controlled by internal trabecular geometries, regulated by bone-remodelling in response to the forces applied. Here we show that the Neanderthal and modern human hyoids also present very similar internal architectures and micro-biomechanical behaviours. Our study incorporates detailed analysis of histology, meticulous reconstruction of musculature, and computational biomechanical analysis with models incorporating internal micro-geometry. Because internal architecture reflects the loadings to which a bone is routinely subjected, our findings are consistent with a capacity for speech in the Neanderthals."