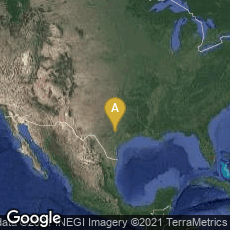 In 1927 American geneticist and educator Hermann J. Muller, of the University of Texas at Austin, showed that radiation causes mutations that are passed on from one generation to the next. This was the first suggestion that inherited traits might be altered or controlled, and it created a sensation. “Man’s most precious substance, the hereditary material which he could pass on to his offspring, was now potentially in his control. X rays could  ‘speed up evolution,’ if not in practice at least in the headlines. Like the discoveries of Einstein and Rutherford, Muller’s tampering with a fundamental aspect of nature provoked the public awe “(Carlson, "An unacknowledged founding of molecular biology: H. J. Muller’s Contribution to Gene Theory, 1910-36," Journal of the History of Biology 4 (1971) 149-70).

A student of Thomas Hunt Morgan, Muller studied mutations and sought to map genes to specific chromosomes, but unlike most other early geneticists, Muller was particularly interested in the physical and chemical nature and operations of genes. Beginning in November 1926 Muller subjected male fruit flies to relatively high doses of radiation, then mated them to virgin female fruit flies. In a few weeks' time he was able to induce more than 100 mutations in the resulting progeny—about half the number of all mutations discovered in Drosophila over the previous fifteen years.

From Muller's work a clear, quantitative connection between radiation and lethal mutations quickly emerged. Some mutations were deadly; the effects of other mutations in offspring were visible but not lethal. As Muller interpreted his results, radioactive particles passing through the chromosomes randomly affected the molecular structure of individual genes, rendering them either inoperative or altering their chemical functions. Muller's discovery created a media sensation after he delivered a paper entitled "The Problem of Genetic Modification" at the Fifth International Congress of Genetics in Berlin. This was published in Verhandlungen des V. Internationalen Kongress fur Veresbungswissenschaft 1927 (1928) 234-260.