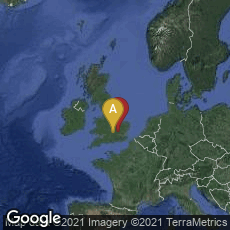 R. A. Fisher Publishes "The Genetical Theory of Natural Selection" The Genetical Theory of Natural Selection published at Oxford in 1930 by English statistician, evolutionary biologist, geneticist, and eugenicist Ronald A. Fisher, developed ideas on sexual selection, mimicry and the evolution of dominance.

"He famously showed that the probability of a mutation increasing the fitness of an organism decreases proportionately with the magnitude of the mutation. He also proved that larger populations carry more variation so that they have a larger chance of survival. It was in this book that he set forth the foundations of what was to become known as population genetics. Fisher's book also had a major influence on the evolutionary biologist W. D. Hamilton and the development of his later theories on the genetic basis for the existence of kin selection.

"Fisher had a long and successful collaboration with E.B. Ford in the field of ecological genetics. The outcome of this work was the general recognition that the force of natural selection was often much stronger than had been appreciated before, and that many ecogenetic situations (such as polymorphism) were not selectively neutral, but were maintained by the force of selection. Fisher was the original author of the idea of heterozygote advantage, which was later found to play a frequent role in genetic polymorphism. The discovery of indisputable cases of natural selection in nature was one of the main strands in the modern evolutionary synthesis" (Wikipedia article on Ronald Fisher, accessed 12-21-2013).

Fisher issued a second, slightly revised edition of the work in 1958. In 1999 The Genetical Theory of Natural Selection. A Complete Variorum Edition edited by Henry Bennett was published by Oxford University Press, reprinting the original 1930 text with footnotes added showing where changes were made in 1958, and with editorial notes and an annotated bibliography of papers by Fisher on topics related to The Genetical Theory of Natural Selection.