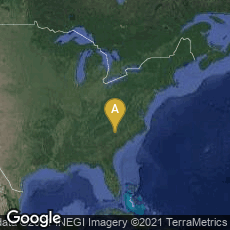 The first 3D printed part, produced by Chuck Hull in 1983.

Hull coined the term stereolithography in his August 8, 1984 patent application for "Apparatus for production of three-dimensional objects by stereolithography." U.S. patent US4575330 A was granted on March 11, 1986. Hull defined stereolithography as a method and apparatus for making solid objects by successively printing thin layers of the ultraviolet curable material one on top of the other. It became widely used in rapid prototyping and direct manufacturing.

"In Hull’s patent, a concentrated beam of ultraviolet light is focused onto the surface of a vat filled with liquid photopolymer. The light beam, moving under computer control, draws each layer of the object onto the surface of the liquid. Wherever the beam strikes the surface, the photopolymer polymerizes/crosslinks and changes to a solid. An advanced CAD/CAM/CAE software mathematically slices the computer model of the object into a large number of thin layers. The process then builds the object layer by layer starting with the bottom layer, on an elevator that is lowered slightly after solidification of each layer" (Wikipedia article on Chuck Hull, accessed 12-22-2013).