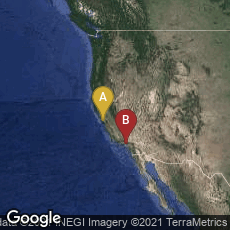 "Until recently the design of integrated circuitry has been the province of circuit and logic designers working within semiconductor firms. Computer architects have traditionally composed systems from standard integrated circuits designed and manufactured by these firms but have seldom participated in the specification and design of these circuits. Electrical Engineering and Computer Science (EE/CS) curricula reflect this tradition, with courses in device physics and integrated circuit design aimed at a different group of students than those interested in digital system architecture and computer science.

"This text is written to fill a current gap in the literature and to introduce all EE/CS students to integrated system architecture and design. Combined with individual study in related research areas and participation in large system design projects, this text provides the basis for a graduate course-sequence in integrated courses on the subject. The material can also be used to augement courses on computer architecture. We assume the reader's background contains the equivalent of introductory courses in computer science, electronic circuits, and digital design" (Preface v-vi).

"An important milestone that followed was the Multi Project Chip (MPC) service for fabricating the students' design exercise chips and the researcher's prototype chips at a reasonable cost. The first successful run of it was demonstrated at Lynn Conway's 1978 VLSI design course at MIT. A few weeks after completion of their design the students had the fabricated prototype in their hands, available for testing. Lynn Conway's improved new Xerox PARC MPC VLSI implementation system and service was operated successfully for a dozen universities by in late 1979. Lynn Conway's MPC technology was transferred to USC-ISI, becoming the foundation for the MOSIS System, which was used and evolved since 1981 as a national infrastructure for fast-turnaround prototyping of VLSI chip designs by universities and researchers.

"In 1980 DARPA began the DoD's new VLSI research program to support extensions of this work, resulting in many university and industry researchers being involved in following up the Mead-Conway innovations. The Mead & Conway revolution rapidly spread around the world and many national Mead & Conway scenes were organized, like the German multi-university E.I.S. project " (Wikipedia article on Mead & Conway revolution, accessed 12-29-2013).