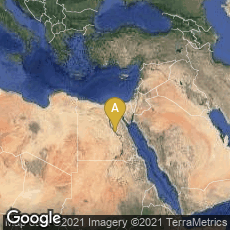 The Archive of Papyri of Flavius Dioscorus, Including the Oldest Surviving Poems Written by a Known Poet Image Source: publishing.cdlib.org
P. Cair. Masp.  II 67177, one of the papyri of Dioscorus of Aphrodito.

The archive of Flavius Dioscorus (Dioscoros), called Dioscorus of Aphrodito, consists of several hundred papyri in mostly in Greek, with some in Coptic. The papyri are the records of Dioscorus, an Egyptian landlord, notary and village administrator who lived in the Egyptian village of Aphrodito from about 520 to 585. This town, located 45 north of Sohag, is now called Kom Isgaw, Kom Ishgau or Kom Ashkaw. The archive was discovered by accident in Kom Isgaw during a home renovation in 1905 when a floor collapsed revealing historic objects below. As a result of this discovery, more is known about Dioscorus and his intellectual-political-religious milieu than virtually any other individual in Egypt during the Early Byzantine period.

Dioscorus's native language was Egyptian and his faith was Christian; however, he was also versed in pagan Greek culture, and he had studied Roman law. Petitions that he composed on behalf of citizens of Aphrodito are considered "unique for their poetic and religious qualities." Dioscorus was also a writer of poetry; his poems represent the oldest surviving poems written by a known poet. In December 2013 a scholarly English translation of his poems was available from byzantineegypt.com at this link.

"The archive can be divided into several, well-delinated periods. Some of the oldest documents are related to Dioscoros's father, Apollos, who moved the family into the upper classes of Aphrodito, and was eventually accorded the honorific nomen 'Flavius." In the last decade of his life, Apollos retired to a monatery that he had himself founded. Disocoros received a higher education in Antinoopolis or Alexandria. Following in his father's footsteps, he became village headman and received numerous petitions. After acting as a notaroy in the nome metropolis Antinoopolis for some years, he returned to Aphrodito sometime between 570 and 573. Having a great interest in Chrstian and pagan literatures, Disocoros maintained a private library that included works by Homer and the comedy writer Menander. In his spare time he appears to have been an enthusiastic poet of wedding songs and the lie, written in classical Greek meters" (Vandorpe, "Archives and Dossiers," Bagnall (ed) The Oxford Handbook of Papyrology [2009] 241-42).

A standard biography is Mac Coull, Dioscorus of Aphrodito. His Work and His World (1989); in December 2013 a digital edition of this was available from the University of California Press at this link.