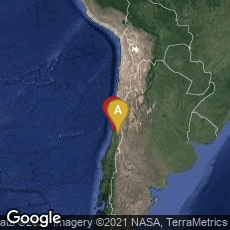 During the Chilean dictatorship of Augusto Pinochet numerous book burnings were conducted by the Junta Militar de Gobierno to destroy information they considered subversive. Burned books including leftist literature and other material that were incompatible with the junta's ideology, as part of a campaign to "extirpate the Marxist cancer" of the prior democratically elected socialist government of Salvador Allende.

"Following the coup, the military began raids to find potential opponents of the regimes, who were then held and some of them executed at the Estadio Nacional and other places. In addition to this, during the raids the military gathered and burned large numbers of books: not just Marxist literature, but also general sociological literature, newspapers and magazines.In addition to this, such books were withdrawn from the shelves of bookstores and libraries.

"The book burning attracted international protests: the American Library Association condemned them, arguing that it is "a despicable form of suppression" which "violates the fundamental rights of the people of Chile".

"Sporadic book burning occurred throughout the junta's regime which lasted until 1990. On November 28, 1986, the customs authorities seized almost 15,000 copies of Gabriel García Márquez's book Clandestine in Chile, which were later burned by military authorities in Valparaíso. Together with them, copies of a book of essays by Venezuelan presidential candidate Teodoro Petkoff were also burned" (Wikipedia article on Book burnings in Chile, accessed 01-12-2014).

What directed my attention to this was an article by Simon Romero published in The New York Times on January 9, 2014, entitled "A Chilean Dictator's Secret Book Collection: Heavy on Napoleon, Light on Fiction." This described the private library of around 50,000 volumes secretly collected by Augusto Pinochet during his dictatorship. It seems that the dictator, under whose regime 3,000 people disappeared and nearly 40,000 were tortured, collected one of the largest and most significant libraries in South America, using government funds. The story of Pinochet's library was told in La secreta vida literaria de Augusto Pinochet by Juan Cristóbal Peña published in 2013. Both the article and book present psychological speculations as to why the dictator, who was no scholar, collected such a large library.

An image of Chilean soldiers burning leftist literature during the Pinochet regime in 1973 is available at this link.