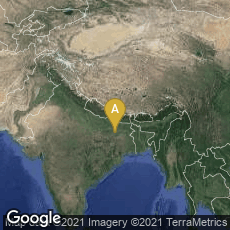 Historical sources not cited by the website of the proposed new Nālandā University in Rajgir, near Nalanda, Bihar, India, indicate that the university was founded in the fifth century and endured almost continuously from the fifth to the twelfth century. It may have had as many as 2,000 teachers and 10,000 students. The Tang Dynasty Chinese pilgrim and scholar Xuanzang spent nearly 15 years there, studying and teaching. He left detailed accounts of the university in the 7th century. Another Tang Dynasty Buddhist monk Yijing left information about other kingdoms lying on the route between China and Nālandā university. He was responsible for the translation of a large number of Buddhist scriptures from Sanskrit into Chinese.

"The Nalanda ruins reveal through their architectural components the holistic nature of knowledge that was sought and imparted at this University.... The profound knowledge of the Nalanda teachers attracted scholars from places as distant as China, Korea, Japan, Tibet, Mongolia, Turkey, Sri Lanka and South East Asia. These scholars have left records about the ambience, architecture and learning of this unique university. The most detailed accounts have come from Chinese scholars and the best known of these is Xuan Zang who carried back many hundred scriptures which were later translated into Chinese" (http://nalandauniv.edu.in/abt-history.html, accessed 01-12-2014).

"According to records of history, Nalanda University was destroyed three times by invaders, but only rebuilt twice. The first time was by the Huns under Mihirakula during the reign of Skandagupta (455–467 AD). But Skanda's successors promptly undertook the restoration, improving it with even grander buildings, and endowed it with enough resources to let the university sustain itself in the longer term.

"The second destruction came with an assault by the Gaudas in the early 7th century. This time, the Hindu king Harshavardhana (606–648 AD) restored the Buddhist university.

"In 1193, the Nalanda University was sacked by Bakhtiyar Khilji, a Muslim Turk; this event is seen by scholars as a late milestone in the decline of Buddhism in India. The Persian historian Minhaj-i-Siraj, in his chronicle the Tabaquat-I-Nasiri, reported that thousands of monks were burned alive and thousands beheaded as Khilji tried his best to uproot Buddhism" (Wikipedia article Nalanda University, accessed 01-12-2014).

Classes at the new Nalanda University were scheduled to begin in 2014.