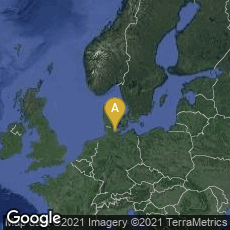 In 1878 German biologist and founder of cytogenetics Walther Flemming at the University of Kiel published the results of his investigations of the process of cell division and the distribution of chromosomes to the daughter nuclei, a process he called mitosis from the Greek word for thread. His researches were first published in "Zur Kenntniss der Zelle und ihrer Theilungs-Erscheinungen," Schriften des Naturwissenschaftlichen Vereins für Schleswig-Holstein 3 (1878) 23–27. Continuing his researches, he published further results in 1882 Zellsubstanz, Kern und Zelltheilung (Cell Substance, Nucleus and Cell Division), a work which contained over 100 drawings. On the basis of his discoveries, Flemming surmised for the first time that all cell nuclei came from another predecessor nucleus; he coined the phrase omnis nucleus e nucleo, after Rudolph Virchow's phrase omnis cellula e cellula.