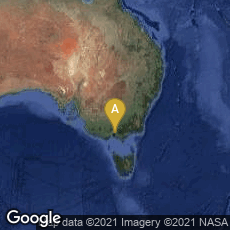 "The Story of the Kelly Gang", The First Full-Length Feature Film, is Produced in Austalia The first feature length multi-reel film in the world was the 1906 Australian production called The Story of the Kelly Gang, written and directly by Charles Tait. The Film, which ran for more than one hour, traced the life of the legendary infamous Australian  outlaw and bushranger Ned Kelly. Its reel length was approximately 4,000 feet (1,200 m), but only fragments survive. The film was first shown at the Athenaeum Hall in Collins Street, Melbourne, Australia on  December 26, 1906, and in the England in January 1908.