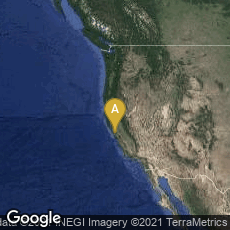 "The turmoil is over the biggest change in information systems since the invention of movable type some 500 years ago. On one side of the battle line are the steely advocates for embracing what they firmly believe is the future of Internet-based information centers. They unabashedly acknowledge that means retreating from the shelves of books that have been libraries for millennia. On the other side are the passionately aggrieved fighters for preserving the ancient legacy of books, which they assert have lost none of their power and purpose—and likely never will."

"The University of California library started in 1868 with 1,000 volumes. Today UC Berkeley’s libraries alone have more than than 11 million. (The University of California library system now has some 36 million volumes, exceeding the number in the Library of Congress.) This substantial investment is not just financial—it is understandably emotional. Consider a statement in the opening pages of the Report of the Commission on the Future of the UC Berkeley Library from last October: “There is simply no great University without a great library.”

"For as long as anyone can remember, such a declaration had gone unchallenged. But then came along people such as Michael Eisen, a sparky professor of molecular and cell biology.

“ 'Fifteen years from now you won’t need a library,' he says, his office cluttered with a 52-inch flat screen monitor, a collection of beer cans and a bike. The 46-year-old says 'I’m not sure we’ll even have a one' when he’s 60. And he says he won’t miss it.

"Eisen admits that in his graduate school days he enjoyed the bound science journals in the library. But now? 'I haven’t been to the library to get a research article in 15 years.' Most of what he wants he grabs online.

"As with many academics in the sciences, he is particularly torqued by the price of getting journal research. For example, the Brain Research journal has a subscription price of $19,952 a year. The Journal of Comparative Neurology is $35,489. His outrage at the cost of accessing such information led him to form the nonprofit Public Library of Science (PLOS), which has become the prime publisher of 'open access journals'—a cause he champions in the Winter 2013 issue of California magazine.

Those who advocate saving the central stacks, in his view, are guilty of the 'fetishism of print.'

Bearing in mind that the central image in the university’s seal is a book, one can stroll past the Campanile from Eisen’s modern Stanley Hall office, and in minutes be at the magnificent John Galen Howard edifice in the very heart of campus.“The University Library,” it declaims in chiseled Sierra granite above the portal. This is Doe Memorial Library, opened in 1911.

Reaching Margaretta Lovell’s office atop Doe requires taking the stairs past the part where they are well maintained, or taking the elevator that could be from the service entrance of a prewar garment factory. Either way, you’ll know you’re not at Stanford. The professor of art history is in an office that has fixtures from 1923, book cases from goodness knows when, and a view to the west that never gets old​.

“ 'I want to defend what is still useful,' she says.

In an internal memorandum she shared, Lovell noted 'no other resource on campus is so central to the daily conduct of teaching, learning and research by every member of the academic community; when the library falters, the institution as a whole falters.' She mourns the loss of funding in the library, especially the 25 percent reductions in staff since 2007. 'Librarians help scholars with knowledge they didn’t even know they needed,' she says. This has special application for Berkeley’s most important clientele: undergraduates, who, Lovell notes, really 'don’t know what they don’t know.'

Many others with uniquely nuanced positions surround these dueling camps. And because it is Berkeley, there is a mountain of scholarship supporting each.

One celebrity academic whose name always comes up is Robert Darnton. Now the Harvard librarian, he tries to chart a middle course, writing scathing articles in the New York Review of Books about Google’s ongoing attempt to digitize books. But he also presses the point that the future is digital and everyone should get on board. 'What could be more pragmatic than the designing of a system to link up millions of megabytes and deliver them to readers in the form of easily accessible texts?' Darton asks.

Another voice in the fray, writer Nicholson Baker, complains that libraries have systemically trashed America’s heritage by microfilming newspapers and sending the hard copies to recycling centers and garbage dumps. And he’s not just whining. Baker created the American Newspaper repository, now at Duke University. He does not contend that libraries serve people. He says they serve history. And he has taken particular aim at the San Francisco Public Library for its culling 200,000 books.

More relevant to the Berkeley ecosystem is Tom Leonard, a youthful 69 year old who used to teach the history of journalism and now is the university librarian.

From his expansive ground floor office next to the Bancroft Library—which incidentally gets among the fewest visitors but, unlike some of the other lesser-used subject specialty libraries on campus, is not on anyone’s list for potential elimination—he gets a fine view of the Campanile. But he is quick to take an interested visitor on a march through the stacks.

As an aside, he notes that one can’t get a job at a McDonalds without an online application. And one presumes many people who would apply for such jobs don’t have their own Chromebooks or iPads. Where would they go? To the library, of course."

“ 'There’s not the same demand for books wanted a generation back,' he says. But he also notes that there are up to 800,000 people a year visiting Doe and Moffitt—more than all Cal sports events."

Libraries
Book History from 2000 to the Present