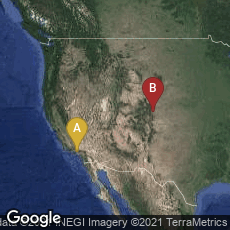 In 1962 Lee Harrison III built ANIMAC, a hybrid graphic animation computer. This was a precursor to the Scanimate, an analog computer animation system designed and built Harrison and the Computer Image Corporation in Denver. From the around 1969 to the mid 1980s Scanimates were used to produce a significant portion of the video-based animation seen on television in commercials, show titles, and other graphics. Scanimates could create animations in real time. This helped the system to supercede film-based animation techniques for television graphics, and from the early 1970s to early 1980s systems were in operation in Japan, Australia, Luxembourg, London, New York, Hollywood and Denver. Altogether eight Scanimate systems were built. The systems were also used in films. However, by the mid-1980s Scanimate was superseded by digital computer animation, which produced sharper images and more sophisticated 3D imagery.

"Animations created on Scanimate and similar analog computer animation systems have a number of characteristic features that distinguish them from film-based animation: The motion is extremely fluid, using all 60 fields per second (in NTSC format video) or 50 fields (in PAL format video) rather than the 24 frames per second that film uses; the colors are much brighter and more saturated; and the images have a very "electronic" look that results from the direct manipulation of video signals through which the Scanimate produces the images.

"A special high-resolution (around 800 lines) monochrome camera records high-contrast artwork. The image is then displayed on a high-resolution screen. Unlike a normal monitor, its deflection signals are passed through a special analog computer that enables the operator to bend the image in a variety of ways. The image is then shot from the screen by either a film camera or a video camera. In the case of a video camera this signal is then fed into a colorizer, a device that takes certain shades of grey and turns it into color as well as transparency. The idea behind this is that the output of the Scanimate itself is always monochrome. Another advantage of the colorizer is that it gives the operator the ability to continuously add layers of graphics. This makes possible the creation of very complex graphics. This is done by using two video recorders. The background is played by one recorder and then recorded by another one. This process is repeated for every layer. This requires very high-quality video recorders (such as both the Ampex VR-2000 or IVC's IVC-9000 of Scanimate's era, the IVC-9000 being used quite frequently for Scanimate composition due to its very high generational quality between re-recordings) " (Wikipedia article on Scanimate, accessed 02-01-2014).

In January 2014 a major archive of Scanimate information and videos was available from Dave Sieg's scanimate.sfx.com.