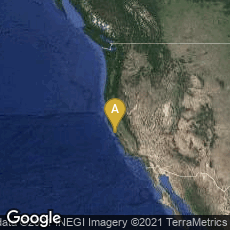 Kevin Kelly's "From Book Fluency to Screen Fluency, from Literacy to Visuality"

On November 21, 2008 Kevin Kelly of Pacifica, California, published an article in The New York Times Magazine entitled "Becoming Screen Literate," arguing that literacy was undergoing a paradigm shift from "book fluency to screen fluency." Summarizing historical developments in the book that led to what he called "book fluency," Kelly argued that digital tools making authorship of films accessible to everyone, were changing the nature of both production of films, and scholarship about films, much as they changed the nature of authorship and scholarship of books. Sections are quoted below:

"When technology shifts, it bends the culture. Once, long ago, culture revolved around the spoken word. The oral skills of memorization, recitation and rhetoric instilled in societies a reverence for the past, the ambiguous, the ornate and the subjective. Then, about 500 years ago, orality was overthrown by technology. Gutenberg’s invention of metallic movable type elevated writing into a central position in the culture. By the means of cheap and perfect copies, text became the engine of change and the foundation of stability. From printing came journalism, science and the mathematics of libraries and law. The distribution-and-display device that we call printing instilled in society a reverence for precision (of black ink on white paper), an appreciation for linear logic (in a sentence), a passion for objectivity (of printed fact) and an allegiance to authority (via authors), whose truth was as fixed and final as a book. In the West, we became people of the book.

"Now invention is again overthrowing the dominant media. A new distribution-and-display technology is nudging the book aside and catapulting images, and especially moving images, to the center of the culture. We are becoming people of the screen. The fluid and fleeting symbols on a screen pull us away from the classical notions of monumental authors and authority. On the screen, the subjective again trumps the objective. The past is a rush of data streams cut and rearranged into a new mashup, while truth is something you assemble yourself on your own screen as you jump from link to link. We are now in the middle of a second Gutenberg shift — from book fluency to screen fluency, from literacy to visuality.

"The overthrow of the book would have happened long ago but for the great user asymmetry inherent in all media. It is easier to read a book than to write one; easier to listen to a song than to compose one; easier to attend a play than to produce one. But movies in particular suffer from this user asymmetry. The intensely collaborative work needed to coddle chemically treated film and paste together its strips into movies meant that it was vastly easier to watch a movie than to make one. A Hollywood blockbuster can take a million person-hours to produce and only two hours to consume. But now, cheap and universal tools of creation (megapixel phone cameras, Photoshop, iMovie) are quickly reducing the effort needed to create moving images. To the utter bafflement of the experts who confidently claimed that viewers would never rise from their reclining passivity, tens of millions of people have in recent years spent uncountable hours making movies of their own design. Having a ready and reachable audience of potential millions helps, as does the choice of multiple modes in which to create. Because of new consumer gadgets, community training, peer encouragement and fiendishly clever software, the ease of making video now approaches the ease of writing.

"But merely producing movies with ease is not enough for screen fluency, just as producing books with ease on Gutenberg’s press did not fully unleash text. Literacy also required a long list of innovations and techniques that permit ordinary readers and writers to manipulate text in ways that make it useful. For instance, quotation symbols make it simple to indicate where one has borrowed text from another writer. Once you have a large document, you need a table of contents to find your way through it. That requires page numbers. Somebody invented them (in the 13th century). Longer texts require an alphabetic index, devised by the Greeks and later developed for libraries of books. Footnotes, invented in about the 12th century, allow tangential information to be displayed outside the linear argument of the main text. And bibliographic citations (invented in the mid-1500s) enable scholars and skeptics to systematically consult sources. These days, of course, we have hyperlinks, which connect one piece of text to another, and tags, which categorize a selected word or phrase for later sorting.

"All these inventions (and more) permit any literate person to cut and paste ideas, annotate them with her own thoughts, link them to related ideas, search through vast libraries of work, browse subjects quickly, resequence texts, refind material, quote experts and sample bits of beloved artists. These tools, more than just reading, are the foundations of literacy."