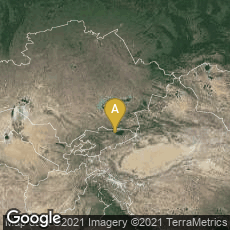 "In 1911 Professor Lane Cooper, professor of English at Cornell University, published a concordance of William Wordsworth's poetry so that scholars could readily locate words in which they were interested. The 1,136 page tome lists all 211,000 nontrivial words in the poet's works, from Aäliza to Zutphen's, yet remarkably, it took less than 7 months to construct. The task was completed so quickly because it was undertaken by a highly organized team of 67 people—3 of whom had died by the time the concordance was published—using 3-by-5 inch cards, scissors, glue, and stamps.

"The task of construction of concordances has traditionally been very onerous and time-consuming. As an example, a concordance for the Greek version of the New Testament was compiled by William Moulton and Alfred Geden and first published in 1897. The work has undergone several revisions since then, and responsibility for the task has been passed down through three generations of the Moulton family. . . .The task is not entirely mechanical, since several inflections of the verb are recorded under one heading.

"The Greek New Testament concordance was just one of many comprehensive indexes to various books—such as the Bible, the works of Shakespeare, and the writings of classical philosophers—produced by hand in the 19th and early 20th centuries. The prefaces of these works tell of many years of painstaking toil, presumably driven by a belief in the worthiness of the text being indexed. The term concordance originally applied just to biblical indexes. Its root, concord, means unity, and the term apparently arose out of the school of thought that the unity of the Bible should be reflected in consistency between the Old and New Testaments, which could be demonstrated by a concordance.

"The 1960s and 1970s saw another ebullition of concordance making, this time fueled by the ease with which indexes could be constructed with the aid of a computer. All that was required was enough motivation to type a work into a machine-readable format and access to a sufficiently powerful computer system and suitable software. In this way concordances came into being for all sorts of literature, from Charlotte Brontë to Dylan Thomas, from the Tao-Tsang to Charles Darwin. There are even concordances of musical compositions and of mathematical sequences and values. A 1965 index of Byron's works was not computer-generated but concedes that the computer will be the concordance maker of the future, predicting that the author's work 'may be considered the last of the hand-made concordances.' Its construction was begun in 1940, well before computers were available for this tedious task, and we can sense the compiler's frustation that in 1965 it may have been better to discard the 285,000 cards compiled over 25 years and have a computer construct the information in a matter of days. Nevertheless, the compiler righly points out that there ae advantages to manually constructed concordances, including the opporutnity to spot errors in the original text. It was also noted that the pleasure of working with Byron's poetry would have been lost on a machine (Young, ed., A Concordance to the Poetry of Byron, 4 vols., 1965).

"As computers capable of constructing concordances become more and more accessible, the task of compiling such an index becomes less and less significant. What was once the work of a lifetime—or longer—is now a relatively modest project. In 1875, Mary Cowden Clarke proudly wote in the preface to her concorance of Shakespeare that 'to furnish a faithful guide to this rich mine of intellectual treasure . . .has been the ambition of a life; and it is hoped that the sixteen years' assiduous labour . . . may be found to have accomplished that ambition' (Clarke, The Complete Concordance to Shakspeare, 1875 [first published 1847]). It may have been hard for Mrs. Clarke to imagine that a century later, just one person, Todd K. Bender, professor of English at the University of Wisconsin, would produce nine concordances in the time it took her to construct one. [footnote: Bender is the sole author of 9 concordances but has coauthored 22 more]. Mrs. Horace Howard Furness, the author of a concordance of Shakespeare's poetry that was also published in 1875 and whose husband and son both wrote books about Shakespeare's work, describes herself as a 'harmless drudge' (Furness, A Concordance to Shakespeare's Poems: An Index to Every Word Therein Contained, 1875). Clearly concordance making is an ideal task for mechanization" (Witten, Moffat, Bell, Managing Gigabytes. Compressing and Indexing Documents and Images 2nd ed. [1999] 1-3).