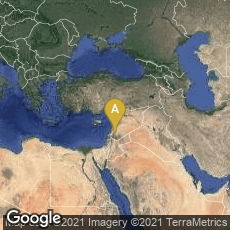 Which Vatican Manuscript is the Oldest Surviving Manuscript Written on Arab Paper?

"A Greek manuscript now in the Vatican library is believed to be the oldest surviving manuscript written on Arab paper. Consisting of a miscellaneous assemblage of the teachings of Christian church fathers, the manuscript was probably copied at Damascus in about 800, and shows that the use of paper was not limited to the Muslim bureaucracy in Baghdad. It was used also by Christians living under Muslim rule in Syria, a community instrumental in the great translation projects of the time" (Jonathan Bloom, "Revolution by the Ream. A History of Paper," Saudi Aramco World, May/June 1999).