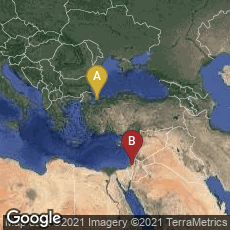 The Sacra Parallela (Parisinus Graecus 923), containing over 400 scenic illustrations and 1256 portrait busts, is the most lavishly illustrated surviving Byzantine manuscript. It is also the only illuminated copy of the Sacra Parallela, a florilegium of excerpts alphabetized under the concepts with which the author associated them. Authorship of the anonymous florilegium has sometimes been attributed, without a strong basis, to John of Damascus. The manuscript is preserved in the Bibliothèque nationale de France.

In the classic study of this unusually large and complex manuscript, The Miniatures of the Sacra Parallela (1979), historian of ancient and Byzantine book illustration and iconography Kurt Weitzmann argued that the manuscript was made in Palestine in the first half of the 9th century, and that its illustration cycle was compiled from extensively illustrated prior editions of each of the various excerpted texts. Thus Weitzmann argued this version of the Sacra Parallela provided evidence and visual documentation for a group of earlier densely illustrated books, most of which did not survive. Other scholars suggested that production in Constantinople was also possible, and that the manuscript might have been produced in the eighth century instead of the ninth.

The work was first published in print edited by Abbot Jacques de Billy as Joannis Damasceni opera (Paris, 1577). Billi based his edition on a fifteenth-century manuscript in the Vatican (codex Vat. gr. 1236).