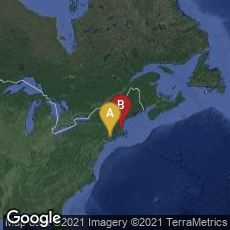 While a student at Yale University, American bibliographer and librarian William Frederick Poole published the first index to periodical literature, based on the limited holdings of the specific library at which he worked. It was entitled, An Alphabetical Index to Subjects, Treated in the Reviews and Other Periodicals, to which No Indexes Have Been Published Prepared for the Library of the Brothers in Unity. Yale College. This index extended to 154pp., and, as its title indicated, was a subject index only.

Three years later, after graduating from Yale and becoming librarian of the Boston Mercantile Library Association, Poole issued An Index to Periodical Literature in 1853. Extending to 521 pages, this was the first general index to periodical literature, indexing both subjects and personal names.