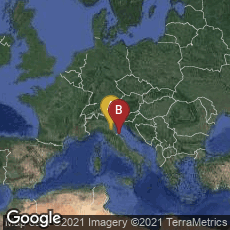 The First Printed Edition of the Torah in Hebrew First printing of all five books of the Pentateuch. This copy, sold by Christie's in April 2014, was printed on vellum.

On January 26, 1482 Jewish printer Abraham ben Hayyim dei Tintori (Dei Pinti) of Pesaro, Italy, completed the first printed edition of the Torah, or Pentateuch, in Hebrew in Bologna. The edition was financed by Joseph ben Abraham Caravita. The text was corrected by Joseph Hayyim ben Aaron Strasbourg Zarfati. This was also the first edition to which vocalization and cantillation marks were added, and the first time that the printed Biblical text was accompanied by the commentary of Rashi (Solomon Ben Issac, Shlomo Yitzchaki רבי שלמה יצחקי‎;), and by the paraphrase in Aramaic (Targum Onkelos). The edition set the model for the page format still in use for printing editions of the Torah.

Regarding the technical achievement involved with the printing, the description of an incomplete copy of the same work printed on paper sold by Christie's in November 1998 stated the following:

"Abraham ben Hayyim probably started as a textile printer and bookbinder at Pesaro. In 1477 he printed two Hebrew books at Ferrara, succeeding (or co-operating with) Abraham Conat at Mantua, whose unfinished Tur Yore Deah by Jacob Ben Asher he completed. In Bologna, working for Joseph Caravita, he shows remarkable skill, being the first printer to find a solution for the difficult technical problem of adding vowels and cantilation signs to the unvocalised biblical text. An earlier attempt, in a folio edition of the Hebrew Psalms, printed by a consortium of printers in 1477, somewhere in northern Italy, was aborted after a few pages. In 1488 Abraham ben Hayyim reappears as master printer for the firm of the famous Soncino family at Soncino, still living himself at Bologna. Since Gershom Soncino, some twenty years later, worked with Hebrew fonts designed for him by the famous punchcutter Francesco Griffo da Bologna (c. 1450-1518), who cut all the characters used by Aldus Manutius at Venice, it seems probable that Abraham ben Hayyim knew Griffo as well, and he may even have introduced him to the Soncinos. For Aldus Manutius Francesco solved the problem of adding accents to Greek fonts in the 1490s. It seems reasonable to speculate that it was also Francesco Griffo who solved the problem of the addition of vowels and cantilation signs to the Hebrew Pentateuch of Abraham ben Hayyim in 1481-82 at Bologna."

The census of institutional copies in the ISTC (No. ib00525570) indicates that majority of the edition was printed on vellum. While 27 copies on vellum are known in public collections, making it the most common Hebrew incunabulum printed on vellum, only 10 copies on paper have been recorded. Of the paper copies, only the Parma and the Cincinnati copies are complete. Several of the vellum copies are also incomplete.