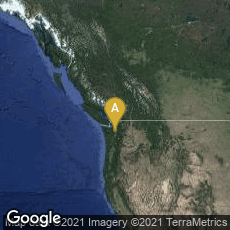 An article by Jason Abbruzzese and Katie Nelson entitled "How Amazon Brought Publishing to its Knees — and Why Authors Might be Next" published on Mashable.com on July 30, 2014 stated that, according to the Codex Group, by this date Amazon controlled more than two-thirds of the U.S. online book market. It controlled 67% of the sale of e-books, 41% of all new book purchases (print and digital) and 65% of online book purchases (print and digital). From it I quote:

"As other media industries like music and magazine/newspaper publishing suffered from declines, e-books took hold quickly as a revenue source, particularly after Amazon introduced the Kindle in 2007.

"Other media segments were not so lucky. The music industry suffered a revenue decline of more than 50% from a high of $14.6 billion in 1999 to $6.3 billion in 2009. Book publishing has not had to endure any such contraction.

" 'We have to give a tremendous amount of credit to Amazon and Jeff Bezos and his team for the investment that they were willing to make in those years,' Entrekin said. 'They did it in an orderly manner, in a way you could trust, and it's helped us.'

"There was a time when e-books were just a small part of the overall market, but now e-books are reaching parity with print. In 2013, some 457 million e-books were sold vs. 557 million hardcovers, according to the Association of American Publishers and the Book Industry Study Group. (Paperbacks were not included in that estimate.)

"The sales growth magnifies publishers' unease with the with the $9.99 price point that CEO Jeff Bezos had decided on — a number that had no basis in economics but rather in psychological pricing, according to Brad Stone's defining book on Amazon, The Everything Store. Amazon recently defended that price in a blog post, claiming it is better for consumers, publishers and authors.

"The $9.99 e-book introduction came after publishers had already seen the prices of books fall as chain stores like Barnes & Noble and Borders drove out independent sellers through lower pricing.

"Publishers accepted that, said David Vandagriff, an attorney who has spent decades representing both authors and publishers, but they never quite cottoned to the $9.99 e-book. That price point continues to cause problems and is believed to be the primary sticking point between Amazon and Hachette.

" 'The publishers, they had to resign themselves to Barnes & Noble, but they didn't go through that process quite as well or quite as thoroughly with Amazon," he said. 'They always thought Amazon was underpricing.' "

The article went on to present a chart predicting that e-books would surpass the sale of printed books in 2017.  It also pointed to the increasing trend of authors self-publishing their books so that they effectively received 70% of the proceeds with Amazon taking 30%. This left out the traditional roles of publishers and booksellers altogether.