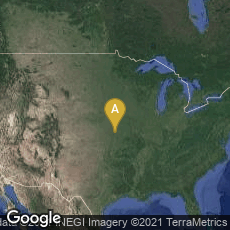 The Kansas Event Data System (KEDS): A System for the Machine Coding of International Event Data Based on Pattern Recognition In 1994 political scientist Philip A. Schrodt, then at the University of Kansas, created the Kansas Event Data System (KEDS). This was, according to Schrodt, writing in 1998:

". . . a system for the machine coding of international event data based on pattern recognition. It is designed to work with short news summaries such as those found in the lead sentences of wire service reports or in chronologies. To date KEDS has primarily been used to code WEIS events (McClelland 1976) from the Reuters news service but in principle it can be used for other event coding schemes.

"Historically, event data have usually been hand-coded by legions of bored undergraduates flipping through copies of the New York Times. Machine coding provides two advantages over these traditional methods:

"♦ Coding can be done more quickly by machine than by hand; in particular the coding of a large machine-readable data set by a single researcher is feasible;

"♦ Machine coding rules are applied with complete consistency and are not subject to inter-coder disparities caused by fatigue, differing interpretations of the coding rules or biases concerning the texts being coded.

"The disadvantage of machine coidng is that it cannot deal with sentences having a complex syntax and it deals with sentences in isolation rather than in context. . . ."