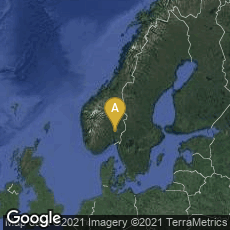 An Anthology to be Published on Paper in 2114 In September 2014 Scottish artist Katie Paterson announced on Futurelibrary.no that

"A forest has been planted in Norway, which will supply paper for a special anthology of books to be printed in one hundred years time. Between now and then, one writer every year will contribute a text, with the writings held in trust, unpublished, until 2114.

"The texts will be held in a specially designed room in the New Public Deichmanske Library, Oslo. Tending the forest and ensuring its preservation for the 100-year duration of the artwork finds a conceptual counterpoint in the invitation extended to each writer: to conceive and produce a work in the hopes of finding a receptive reader in an unknown future."

In response to Patterson's announcement The New York Times published the following editorial:

"The hope that creative work survives its creator is usually empty. Shakespeare boasted that his sonnets would outlast monuments and the memory of princes, and they have. But it’s rare for an artist to keep audiences interested over generations. Most creative endeavors are ravaged by what Shakespeare called “sluttish time.” Even the list of Nobel laureates in literature is filled with now-unfamiliar names.

"Yet a Scottish artist, Katie Paterson, has found a clever way around this humbling problem. “A forest has been planted in Norway,” Ms. Paterson explains on the Future Library site, “which will supply paper for a special anthology of books to be printed in one hundred years’ time. Between now and then, one writer every year will contribute a text, with the writings held in trust, unpublished, until 2114.”

"Contributors would give up present-day acclaim — or feedback of any kind. In exchange, they would secure the attention of 22nd-century readers.

"Ms. Paterson has already chosen a time capsule for this unusual experiment: The Deichmanske public library in Oslo. And she already has her first contributor: the Canadian author Margaret Atwood, who is known for her speculative fiction.

"Although there is no guarantee that anyone will read Ms. Atwood’s contribution (or anyone else’s) in the next century, Ms. Paterson has increased the odds by laying the groundwork for a media event. Embargoes, like scarcity, can breed fascination.

"Mark Twain’s 100-year embargo on his autobiography (he said it shouldn’t be published until long after his death so he could speak his “whole frank mind”) did wonders for his 21st-century publisher. When the University of California Press released the first volume in 2010, it shot up the Amazon sales rankings and generated so much coverage that The Onion weighed in with a parody in which Twain shows his prescience about YouTube and the Afghan war.

"The project coordinators seem to have thought of everything, going so far as to equip the Deichmanske library with a printing press. If humanity loses the ability to print books, that’s covered. Of course, if humanity should lose the ability to read, that’s another story."

Printing by Handpress or by Hand
Papermaking by Hand
Survival of Information / Philology
Fiction, Poetry, Theater; Literature
Papermaking by Machine
Book History from 2000 to the Present
Libraries