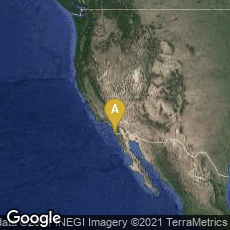 "The Hidden Cost of E-Books at University Libraries" On September 29, 2014 Peter C. Herman, of the Department of English and Comparative Literature at San Diego State University, published an article entitled "The Hidden Costs of E-books at University Libraries" in TimesofSanDiego.com. It was widely understood at the time that economic forces were driving libraries in the California State University and University of California systems to replace physical books with e-books (ebooks) or digital books when budgets for university libraries were being cut. It was also understood that downloading an ebook was more convenient and more efficient than having to borrow a physical book from a physical library. What was not widely understood was that substituting e-books for physical books involved other costs, both financial and qualitative with respect to the reading and educational experience:

"For the past few years, both the California State University and the University of California libraries have been experimenting with packages that replace paper books with e-books. The advantages are obvious. With e-books, you no longer have to schlep to a library to take out a book. You just log on from whatever device connects you to the web, at whatever time and in whatever state of dress, and voila! the book appears on your screen.

"But the real attraction is price. Library budgets, along with university budgets, have been slashed, and such companies as Pearson and Elsevier offer e-book packages that make it possible to gain access (I’ll explain the awkward syntax in a moment) to lots of books at what seems like a minimal cost. The savings are multiplied when the package serves the entire system. So instead of each campus buying a paper book, all 23 CSU’s, for instance, share a single e-book. That’s the theory, at least. The reality is very different.

"In ancient days of yore, a library bought a book from either the publisher or a vendor, and then did with it whatever it wanted. Patrons could borrow the book, read it at leisure, renew it, or copy excerpts. Libraries shared books they didn’t own through interlibrary loan. But that’s not how e-books operate.

"Instead, a library pays to access a data file by one of two routes: “PDA,” or “Patron-Driven Acquisition,” in which a vendor makes available a variety of e-books, and a certain number of “uses” (the definition varies) triggers a purchase, or a subscription to an e-library that does not involve any mechanism for buying the e-book. Both avenues come loaded with all sorts of problems.

"First, reading an e-book is a different, and lesser, experience that reading a paper book, just as watching a movie at home differs from watching one in a theatre.

"There’s a huge difference between casual and college reading, and recent studies prove beyond doubt that while e-books are perfectly fine for the latest John Grisham or Fifty Shades of Grey, they actively discourage intense reading and deep learning.

"For example, a 2007 study concluded that “screen-based reading can dull comprehension because it is more mentally taxing and even physically tiring than reading on paper.” And a 2005 study by a professor at San Jose State University proved that online reading encourages skimming while discouraging in-depth or concentrated reading.

"The solution might be to print out the chapters you want to read. But e-book packages intentionally make that as difficult as possible.

"Paper books have no limitations since the library owns the book. But as Clifford Lynch recently put it, “nobody buys an e-book: one licenses it under typically very complex terms that constrain what you are allowed to do with it.” For example, at UCSD, Ebrary (now owned by Proquest), limits e-books to one user at a time, allows users to save a maximum of 30 percent of a book, “though some publishers have set more restrictive limits,” and allows you to copy only 15 percent of a book, text only, no illustrations.

"At SDSU, Ebrary also limits the number of pages you can download. The amount varies by publisher. One book allows up to 89 pages, but with another, Victoria Kahn’s The Crisis of Political Obligation in England, an especially complex work with very long chapters, you get only 19 pages, and the printout comes defaced with a code plastered across the page.  There’s also a limit to how many pages you can download per session, and the total is not large. I downloaded less than 20 pages before I exceeded my quota.

"E-books also do not circulate beyond the institution, which effectively kills interlibrary loan. As for one book serving the entire CSU or UC systems, many come with one-user restrictions, which means that only one user at a time in the CSU or the UC can read the book. Of course, Ebrary might say that the publisher imposes these restrictions. And that’s the point:publishers do not impose restrictions on paper books. E-book packages also compromise the stability of the library’s collection since the vendor can remove one at their discretion, without notice. So one day you can access a book, the next day, it has disappeared.

"E-books prevent deep reading, their use is highly restricted, and they can vanish without notice, so why are the CSU and the UC libraries experimenting with replacing paper with computer files? Is the e-book phenomenon yet another example of university administrators chasing after the latest e-fad? Like MOOCs (which even Sebastian Thrun of Udacity called “a lousy product”), e-books trade something that works for something that doesn’t, and even worse, threaten to destroy the very notion of a library. What’s the attraction?

"The answer is that e-books seem like a cheap way to access hundreds, if not thousands, of expensive books essential for research and teaching. Right now, the subscription packages Proquest and Ebsco offer may sound like they cost a lot (between $500-$800,000 a year), but the price is “extremely low relative to the number of books acquired,” to quote the CSU report on the e-book pilot project.  The average cost per book for Ebrary’s package is between $5 and $9, a spectacular savings given that the average price for a hardcover scholarly book in the humanities is around $100, and many are much more expensive.

"Then again, payday loans also seem like a cheap way to deal with, shall we say, a period of financial embarrassment. But the long-term costs of these loans can be ruinous, and the same goes of e-journal article packages. In the beginning they too were priced “extremely low relative to the number” of journals acquired.  But they did not stay “extremely low” for long. Today, the exorbitant amounts such companies as Elsevier and Springer charge eat up a greater and greater percentage of library budgets, and their contracts usually last for three to five years with built-in increases of 6 percent per year, well above inflation.

"Lured by the initial low price and the promise of convenience, university libraries are now trapped, since they cannot risk losing access to all the major journals.  As prices rise and budgets either stay the same or drop, a greater and greater percentage goes toward servicing the package journal subscription, less and less toward staffing, hours, and the like.

"The same thing will happen with e-book packages. In the past, once the library purchased the book, that was the end of the transaction. The library didn’t have to keep sending the publisher money to keep the book in circulation. No matter what happened, no matter how great the budget cut, the book stayed in the library, because the library owned it.

"But that is not the case with an e-book subscription. Right now, prices seem entirely reasonable, but once a library or a library system gets hooked, then they must continually pay the rising subscription fee or else a huge number of books will just disappear. With a traditional book, the costs end once the purchase is complete. But with e-book packages, the costs never end. They just keep rising.

"Even worse, by replacing paper books with e-book packages, university libraries will have outsourced the collection of knowledge to multinational, private corporations whose primary goal is not advancing knowledge, but profits. E-book packages are another step in transforming libraries from centers of scholarship, teaching and research into cash cows for Proquest’s bottom line.

"Why would libraries even consider such a Faustian deal? Simple: they are trying to make the best of a very bad situation. University budgets have in no way recovered from the financial crash, which reduced funding by two billion dollars. True, some money has been restored, but the CSU’s budget now matches what we had in 2007, and we have to teach 90,000 more students. If e-book packages sound like a poor idea, then the answer is to restore higher education funding to a level where we don’t have to make such terrible decisions."