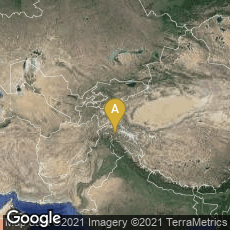 The Gilgit Manuscripts, the Oldest Manuscript Collection Surviving in Pakistan and India Discovered in a wooden box in a circular chamber inside a Buddhist stupa by cattle grazers in 1931, the Gilgit manuscripts may be the earliest surviving Buddhist documents. They were named after the city of Gilgit, now part of Pakistan, in which they were discovered. Gilgit was an important city on the Silk Road, along which Buddhism was spread from South Asia to the rest of Asia.

A corpus of many Buddhist texts such as four sutras from the Buddhist canon, including the famous Lotus Sutra, the manuscripts survived because they were written on the bark of the bhoj (birch) tree which does not decay, and were kept in the freezing sub-zero temperatures of the Gilgit region. Theyere were writein the Buddhist form of Sanskrit in the Śāradā or Sharada script.

The most famous of the Gilgit manuscripts, the Gilgit Lotus Sutra is preserved in the National Archives of India in Delhi. Known as the Saddharma Pundarika Sutra – or the teachings of the white lotus and sun – the sutra is the basis of the Tiantai and Nichiren schools of Buddhism. In 2012 a facsimile edition of it was published by by the National Archives jointly with the Institute of Oriental Philosophy and Soka Gakkai, a Japan-based non-governmental organization.

"In August 1938, seven years after the discovery of the texts, the archaeologist Madhusudan Kaul Shastri led a systematic excavation of the Naupur site and discovered another larger chamber at the base of the structure. The chamber contained another set of the Gilgit Manuscripts along with votive objects and probably Buddhist cult bronzes.

"According to renowned scholar Karl Jettmar, inscriptions on these bronzes “reveal that they were produced and dedicated due to the generosity and the religious zeal of a Patola Shahi”. The Patola Shahis, also known as Palola Shahis, were the rulers of Gilgit and Baltistan from the late sixth to the early eighth centuries AD.

"Shortly after, Kaul Shastri and his team outlined the specifications of the second group of manuscripts and other finds from the site including the hand painted covers of two manuscripts.

"In the third phase, the well-known Italian scholar Giuseppe Tucci secured another small group of the manuscripts in 1956. Obtaining them from a street vendor in Rawalpindi, he presented them to the Karachi museum.

"Roughly 60 manuscripts and 17 Avadnas emerging from Naupur are of unmatched significance in Buddhist studies. These are the oldest surviving collection of religious texts in the subcontinent. Based on the paleographical evidence, scholars agree that local Buddhist devotees compiled these texts between the fifth and sixth century AD. With the exception of only a few scripts, all the manuscripts were written on birch bark in Buddhist hybrid Sanskrit language in the Gupta Brahmi and post-Gupta Brahmi script.

"The birch bark that does not decay or decompose and the cool climate of the area helped the manuscripts survive till the day of their discovery in the 20th century. The Gilgit Manuscripts deciphered thus far cover a wide range of subjects such as religion, religious rituals, philosophy, iconometry, monastic discipline, folk tales, medicine and culinary art.

"The manuscripts contain sutras from the Buddhist canon, the Samghata Sutra, Samadhiraja Sutra, Saddharma Pundarika Sutra, and Bhaisajyaguru Sutra.The Samadhiraja Sutra is one of the important Mahayana canonical texts, which are collectively called Navadharma. The Saddharma Pundarika Sutra, popularly known as Lotus Sutra, figures prominently in the Gilgit Manuscripts and scholars agree it was the most venerated sutra of the Buddhists from the Gilgit area" (http://tns.thenews.com.pk/gilgit-manuscripts-in-naupur/#.VDwu5NR4ovE, accessed 10-17-2014).