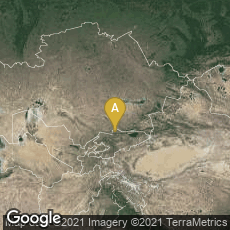 "The Queen's Messenger" Becomes the First Play Broadcast on Television On September 11, 1928 W2XB, owned by General Eelectric's WGY in Schenectady, New York, televised the first dramatic program in the United States. The one-act play broadcast was The Queen's Messenger by J. Harley Manners, "a blood and thunder play" with guns, daggers, and poison.

"There were more technicians required for special effects than there were actors. In fact, technical limitations were so great and viewing screens so small, that only the actor's individual hands or faces could be seen at one time. Three cameras were used, two for the characters and a third for obtaining images of gestures and appropriate stage props. Two assistant actors displayed their hands before this third camera whenever the occasion demanded.

"E. F.W. Alexanderson, General Electric's engineer in charge of television, remembered the presentation as "a little drama, a playlet, that was not a great work of art by any means." The director was a man brought up from New York City especially to work on the play. Everyone became very annoyed with him when he kept calling his rehearsals at 4:00 a.m.

"According to the New York Herald Tribune's article of September 11, 1928, "...Director Mortimer Stewart stood between the two television cameras that focused upon Miss Isetta Jewell, the heroine and Maurice Randall, the hero.  In front of Stewart was a television receiver in which he could at all times see the images that went out over the transmitter; and by means of a small control box he was able to control the output of pictures, cutting in one or another of the cameras and fading the image out and in.  Whether it was successfully received at any point, other than the operation installation of the General Electric Laboratory, could not immediately be ascertained. It was the general opinion among those that watched the experiment that the day of radio moving pictures was still a long, long way in the future.  Whether the present system can be brought to commercial practicability and public usefulness, remains a question."  With all its technical weaknesses, however, "The Queen's Messenger" marked the first step toward modern dramatic programs" (http://www.earlytelevision.org/queens_messenger.html, accessed 10-18-2014).