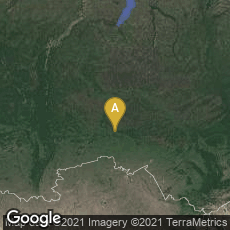 Genome of the Oldest Modern Human Fossil Found Outside of Africa and the Near East Shows that Humans and Neanderthals Interbred 50,000-60,000 Years Ago Image Source: www.nytimes.com
The thigh bone from which Dr. Paabo and his colleagues took samples in 2012 to search for DNA.

In 2008 Nikolai V. Peristov, a fossil collector from the Siberian Cultural Center Omsk, Russia, was traveling along the Irtysh River in Siberia, searching for mammoth tusks in the muddy banks. Near a settlement called Ust'-Ishim, he noticed a thighbone in the water. Mr. Peristov fished it out and brought it to scientists at the Russian Academy of Sciences.

The Russian researchers identified the bone as a modern human, not a Neanderthal. To determine its age, they sent samples to the University of Oxford. Scientists there measured the breakdown of radioactive carbon and determined the bone was about 45,000 years old — making it the oldest modern human fossil ever found outside of Africa and the Near East. The genome extracted from this fossil supports the theory that early humans interbred with Neanderthals.

The discovery, published in the journal Nature on October 22, 2014, was reported by Carl Zimmer in The New York Times also on October 22:

“ 'It’s irreplaceable evidence of what once existed that we can’t reconstruct from what people are now,' said John Hawks, a paleoanthropologist at the University of Wisconsin who was not involved in the study. 'It speaks to us with information about a time that’s lost to us.'

"The discoveries were made by a team of scientists led by Svante Paabo, a geneticist at the Max Planck Institute for Evolutionary Anthropology in Leipzig, Germany. Over the past three decades, Dr. Paabo and his colleagues have developed tools for plucking out fragments of DNA from fossils and reading their sequences.

"Early on, the scientists were able only to retrieve tiny snippets of ancient genes. But gradually, they have invented better methods for joining the overlapping fragments together, assembling larger pieces of ancient genomes that have helped shed light on the evolution of humans and their relatives.