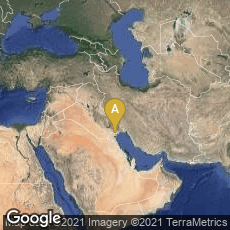 The Battle of Umm Qasr was the first military confrontation in the Iraq War. At the start of the war, one of the first objectives was the port of Umm Qasr. On March 21, 2003, as allied forces advanced across Southern Iraq, an amphibious landing force captured the new port area of Umm Qasr. The assault was spearheaded by Royal Marines of the British 3 Commando Brigade, augmented by Marines of the US 15th Marine Expeditionary Unit and Polish GROM troops. Iraqi forces in the old town of Umm Qasr put up unexpectedly strong resistance, requiring several days' fighting before the area was cleared of defenders. The port was finally declared safe and reopened on March 25, 2003.

CNN's coverage of this battle, produced by Senior Executive Producer David Bohrman, was probably the first live coverage of an actual battle on the ground seen on television.

"Those watching CNN in the wee hours Sunday morning found themselves witnessing something we haven't seen much of—an actual battle, closeup, in real time. Until then, this war, at least the televised portion of it, had remained a fairly abstract affair: a mix of spectacular explosions in Baghdad (some idiot reporter at a Pentagon press conference referred to Friday's bombardment as "last night's show") and massive tank columns dashing unimpeded through the desert. Occasionally, an embedded reporter would talk of brief skirmishes that had just ended, but we at home never saw the action.

"The whole picture changed when a British TV pool in the southern Iraqi port of Umm Qasr started broadcasting live footage of the real, gritty thing. Early Saturday, U.S. Marines had supposedly secured this port, which will soon be receiving shiploads of military reinforcements and humanitarian aid. Then they started coming under fire. Around 1 a.m. EST, we saw troops of the 15th Marine Expeditionary Unit lying on their stomachs, eyes glued to their rifle scopes, aiming their barrels at a concrete building where the snipers seemed to be perched. A couple of Abrams M1-A1 tanks fired shells on the building, then rolled slowly toward the target to survey the damage. The Iraqi soldiers—who turned out to be a patrol from the Republican Guard—fired back. Two more Abrams tanks moved forward. We could smell the tension, feel the adrenalin. CNN's Aaron Brown, watching along in his studio, warned viewers that this was an unpredictable scene, that dreadful things might happen without notice. The fighting continued for another four hours, until a British Harrier jet was called in to take out the Iraqis from the air" (Fred Kaplan, "Reality War. The Battle of Umm Quasr - Live and in Color," Slate.com, October 23, 2003).