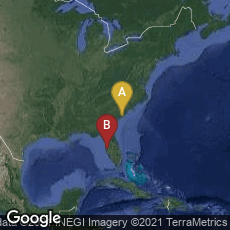 Between July and November 2007 the CNN/YouTube presidential debates, the first web-to-television debate partnership, were a series of televised debates in which United States presidential hopefuls fielded questions submitted through the video sharing site YouTube. They were conceived by David Bohrman, then Washington Bureau Chief of CNN, and Steve Grove, then Head of News and Politics at YouTube. YouTube was then a new platform on the political scene, rising to prominence in the 2006 midterm elections after Senator George Allen's Macaca Controversy, in which the Senator was captured calling his opponent Jim Webb's campaign worker a "Macaca" on video, which went viral on YouTube and damaged a campaign that narrowly lost at the polls. Media companies were looking for new ways to harness the possibilities of web video and YouTube was looking for opportunities to give its users access to the national political stage, so Bohrman and Grove formed a unique partnership in the CNN/YouTube DebatesThe Democratic Party installment took place in Charleston, South Carolina and aired on July 23, 2007. The Republican Party installment took place in St. Petersburg, Florida and aired on November 28, 2007.