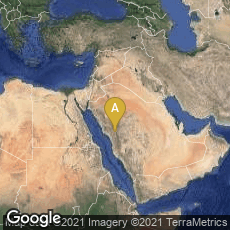 Another Possibility for the Earliest Surviving Manuscript of the Qur'an On November 11, 2014 researchers from the Documenta Coranica project at the Eberhard Karls Universität Tübingen announced that a Qur'an fragment identified as Ma VI 165 in Tübingen University Library was dated by radiocarbon technique to between 649 and 675 CE with greater than 95 percent probability. This would make the fragment the earliest surviving manuscript of the Qur'an, produced between 20 and 40 years after the death of the prophet Muhammad, and slightly earlier than the Sana'a palimpsest.

Ma VI 165 is one of more than 20 Qur'an fragments in Tübingen University Library written in Kufic script, one of the oldest forms of Arabic script. The manuscript came to the University in 1864 as part of the collection of the Prussian consul Johann Gottfried Wetzstein.

In November 2014 a digital facsimile of the fragment was available from Eberhard Karls Universität Tübingen at this link.

The Sana'a Palimpsest, "the Only Known Extant Copy from a Textual Tradition Beside the Standard Uthmanic..."