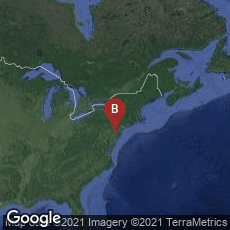 Franklin at the press by Elmer Boyd Smith.

On July 1, 1731 Benajmin Franklin and a group of his Philadelphia friends seeking social, economic, intellectual and political advancement, formed a discussion group called "the Junto," also known as "The Leather Apron Club."  An offshoot of the Junto was the Library Company of Philadelphia, founded by Franklin and his friends to provide reference material to support research on subjects under discussion:

"In colonial Pennsylvania at the time there were not many books; Books from London booksellers were expensive to purchase and slow to arrive. Franklin and his friends were mostly of moderate means, and none alone could have afforded a representative library such as a gentleman of leisure might expect to assemble. By pooling their resources in pragmatic Franklinian fashion, as the Library Company's historian wrote, 'the contribution of each created the book capital of all.' The first librarian they hired was Louis Timothee, being America's first.

"Thus fifty subscribers invested 40 shillings each and promised to pay ten shillings a year thereafter to buy books and maintain a shareholder's library. Therefore, 'the Mother of all American subscription libraries; was established, and a list of desired books compiled in part by James Logan, 'the best Judge of Books in these parts,' was sent to London and by autumn the first books were on the shelves" (Wikipedia article on Library Company of Philadelphia, accessed 11-27-2011).