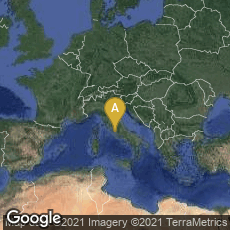 The Capitoline Museums, the First Public Museums, Open in Rome First open to the public in the Palazzo Nuovo in 1734 under the auspices of Pope Clement XII, the Capitoline Museums on the Capitoline Hill in Rome are considered the first public museum, defined as a museum where art could be enjoyed by ordinary people and not only by the owners of the art.

The Capitoline Museums remain the greatest museums of ancient Rome, and are significant not only for their content, but for their building design, and for their significance in the preservation of such a remarkable quantity of the most spectacular and historically important Roman antiquities. Their formation began in 1471 when pope Sixtus IV donated to the Palazzo dei Conservatori on the hill four bronze statues that had formally been housed in the pope's Lateran residence. These included the She-wolf, the Sinario (boy pulling a thorn out of his foot), the Camillus, and the bronze head of Constantine with hand and globe. The She-wolf, placed on the facade of the Palazzo dei Conservatori, became the symbol of the city of Rome. The colossal bronze portrait of the emperor Constantine with the palla Sansonis was placed in the external portico. Later, in 1537 Paul III Farnese commissioned Michelangelo to transfer the equestion statue of Marcus Aurelius from the Lateran to the Capitoline and to design a place for it in the center of the piazza. This ancient bronze had probably avoided the fate of other ancient Roman bronzes—mostly being melted down for medieval military use—because during the Middle Ages the statue was thought to represent Constantine, the first Christian emperor.

The story of Michelangelo's design of the Capitoline Museums and the piazzo is well-documented. Significantly the building project was not completed until 1667.