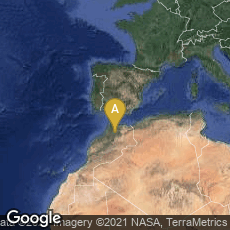 The al-Qarawiyyin Library, the Oldest Working Library in the World, Reopens after Restoration In March 2016 it was announced that the al-Qarawiyin Library in Fez, Morocco, the oldest working library in the world, founded ed 859 CE, would re-open after restoration. The library was founded by Fatima Muhammad Al-Fihri Al-Quraysh.

"The al-Qarawiyyin Library was created by a woman, challenging commonly held assumptions about the contribution of women in Muslim civilization. The al-Qarawiyyin, which includes a mosque, library, and university, was founded by Fatima El-Fihriya, the daughter of a rich immigrant from al-Qayrawan (Tunisia today). Well educated and devout, she vowed to spend her entire inheritance on building a mosque and knowledge center for her community. According to UNESCO, the result is the oldest operational educational institution in the world, with a high-profile role call of alumni. Mystic poet and philosopher Ibn Al-‘Arabi studied there in the 12th century, historian and economist Ibn Khaldun attended in the 14th century, while in medieval times, Al-Qarawiyyin played a leading role in the transfer of knowledge between Muslims and Europeans" (http://ideas.ted.com/restoring-the-worlds-oldest-library/, accessed 03-03-2016).