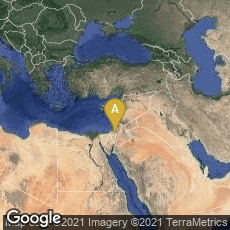 Letters inscribed on pottery shards, formally called ostracons, unearthed in an excavation of a fort in Arad, Israel. These date to about 600 BCE.

Computer analysis of shopping lists written on pottery, known as ostracons, found in the Judahite desert fortress of Arad, Israel, indicate a wider spread of literacy in Israel toward the end of the First Temple period around 600 BCE. Based on a statistical analysis of the results, and taking into account the content of the texts that were chosen for the sample, researchers concluded that at least six different hands wrote the 16 notes at around the same time. From this evidence it appears that even soldiers in the lower ranks of the Judahite army could read and write.

"Scholars debate whether the first major phase of compilation of biblical texts took place before or after the destruction of Jerusalem in 586 BCE. Proliferation of literacy is considered a precondition for the creation of such texts. Ancient inscriptions provide important evidence of the proliferation of literacy. This paper focuses on 16 ink inscriptions found in the desert fortress of Arad, written ca. 600 BCE. By using novel image processing and machine learning algorithms we deduce the presence of at least six authors in this corpus. This indicates a high degree of literacy in the Judahite administrative apparatus and provides a possible stage setting for compilation of biblical texts. After the kingdom’s demise, a similar literacy level reemerges only ca. 200 BCE.

"The relationship between the expansion of literacy in Judah and composition of biblical texts has attracted scholarly attention for over a century. Information on this issue can be deduced from Hebrew inscriptions from the final phase of the first Temple period. We report our investigation of 16 inscriptions from the Judahite desert fortress of Arad, dated ca. 600 BCE—the eve of Nebuchadnezzar’s destruction of Jerusalem. The inquiry is based on new methods for image processing and document analysis, as well as machine learning algorithms. These techniques enable identification of the minimal number of authors in a given group of inscriptions. Our algorithmic analysis, complemented by the textual information, reveals a minimum of six authors within the examined inscriptions. The results indicate that in this remote fort literacy had spread throughout the military hierarchy, down to the quartermaster and probably even below that rank. This implies that an educational infrastructure that could support the composition of literary texts in Judah already existed before the destruction of the first Temple. A similar level of literacy in this area is attested again only 400 y later, ca. 200 BCE."