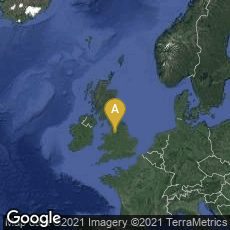 The Manchester Typographical Society is Founded Pamphlet commemorating the centennial of the organization.

Printers, especially typesetters, were among the earliest trades to form trade associations. One of the earliest recorded "labor strikes" was the so-called Grand tric, a three or four month strike conducted by book workers in Lyon, France in 1539.

In November 1797 in a tavern called "The Black Boy", situated in Cathedral Yard, Manchester, the Manchester Typographical Society was founded. Its earliest extant records date to July 1825, and extend to 1991. This appears to be the first formal trade organization in England related to the printing trades.

"Unions in Britain were subject to often severe repression until 1824, but were already widespread in cities such as London. Trade unions were legalised in 1824, when growing numbers of factory workers joined these associations in their efforts to achieve better wages and working conditions. Workplace militancy had also manifested itself as Luddism and had been prominent in struggles such as the 1820 Rising in Scotland, in which 60,000 workers went on a general strike, which was soon crushed. From 1830 on, attempts were made to set up national general unions, most notably Robert Owen's Grand National Consolidated Trades Union in 1834, which attracted a range of socialists from Owenites to revolutionaries. That organisation played a part in the protests after the Tolpuddle Martyrs' case, but soon collapsed" (Wikipedia article on Trade Unions in the United Kingdom).

Even though what we would call "modern" union activity such as strikes was prohibited, strike activity as formally defined sometimes occurred, resulting in imprisonment for participants. Trade organizations, such as the Manchester Typographical Society, had significant economic influence in their trade by efforts to limit the number of people who could apprentice in their trade. Because of the requirements of literacy, and the very unusual, specialized skills involved in typesetting, including the ability to set type backwards, it was virtually impossible to learn typesetting without a long apprenticeship. By keeping typesetters in short supply typographic organizations were able to support better wages.