These machine presses were operated by men and boys.

Note the hand press incorporated in the design beneath the "THE"

Jeremy Norman Collection of Images -&nbspCreative Commons
The back of the trade card published the circulation statistics of the public ledger for the use of potential advertisers in the newspaper. 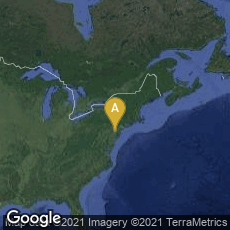 The manual typesetting department for this large newspaper published in Philadelphia employed 36 people. Work spaces for each were arranged in one long row next to windows so that good light was provided.

Though I have found numerous images of printing machines as they evolved in the 19th century it has been difficult to find images of large scale manual typesetting facilities. One of the best images was published by the Philadelphia Public Ledger, which employed 36 typesetting profesionals, each at their own complete composing stand. It does not appear that Childs was experimenting with any mechanical typesetting system at this time.

In 1868 George W. Childs was so justifiably proud of his new very large and state of the art editorial and production facility for his Philadelphia Public Ledger that he published a hardcover book on the new facility and its opening. I have reproduced images of Childs' composing room, and also of his machine press room. Even though Childs owned state of the art machine presses driven by steam engines on the upper cover of his book, incorporated into the design is a hand-press, showing the persistence of the hand-press in the mid-19th century even in large scale publishing facilities.