Photograph of David Payne in old age from Otley.co.uk.

A later and clearer print of the 1856 image. 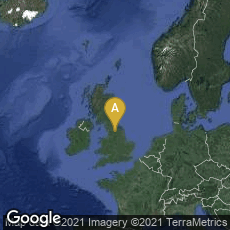 A Photograph of the First Wharfedale Printing Machine The figure in back, center of the machine might be its inventor David Payne.

David Payne of Otley, in lower Wharfedale, England developed what became known as the Wharfedale press starting in 1856. Payne never patented the machine, so the overall design or features of it were copied and incorporated into other machines throughout the 19th century and into the 20th. The photograph that I reproduce was printed on the back of a very old post card. I have not seen it reproduced elsewhere. It may be one of the earliest photographs of a printing machine in operation. The figure in back at the center of the machine might be David Payne.