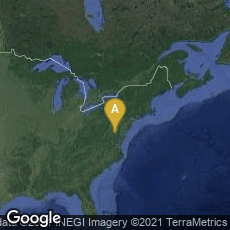 Within a month after the burning of the Library of Congress in the United States Capitol building, in September 1814 President Thomas Jefferson offered his personal library as a replacement. Jefferson spent 50 years accumulating 6,487 books, "putting by everything which related to America, and indeed whatever was rare and valuable in every science." His library was considered one of the finest in the United States.

Heavily indebted, Jefferson sought to use the proceeds of the sale of his library to satisfy his creditors. He anticipated controversy over the nature of his collection, which included books in foreign languages and volumes of philosophy, science, literature, and other topics not normally viewed as part of a legislative library. He wrote: "I do not know that it contains any branch of science which Congress would wish to exclude from their collection; there is, in fact, no subject to which a Member of Congress may not have occasion to refer."

In January 1815 Congress appropriated $23,950 for Thomas Jefferson's library. The purchase price was estimated to be half of the value that the books would have realized at auction.