Jeremy Norman Collection of Images -&nbspCreative Commons
This sales brochure for the New England Telephone has to be one of the very earliest sales brochure for the Bell telephone since the New England Telephone Company existed only from February 1878 to February 1879 at which time it was merged into other telephone companies. Image Source: archive.org
A very early telephone switchboard as used in Coleman Street, London, 1879. From Kingsbury, The Telephone and Telephone Exchanges: Their Invention and Development (1915) p. 177. A manual international telephone switchboard and its operators in 1943. 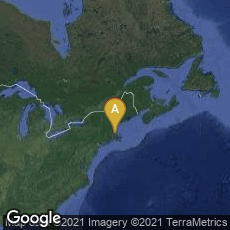 Jeremy Norman Collection of Images -&nbspCreative Commons
This very early Bell telephone sales brochure not only described the leasing terms for the equipment, but also had to explain to customers how to use the system and how to trouble-shoot the inevitable problems that regularly occurred. Because the New England Telephone Company was in business from only February 1878 to February 1879 the brochure was probably published early in 1878.