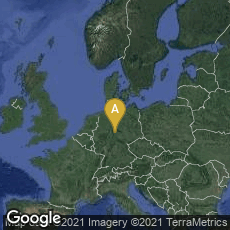 In 1900, at the beginning of a new century, German mathematician and physicist David Hilbert of the University of Göttingen published in Mathematische Probleme a list of twenty-three problems that he predicted would be of central importance to the advance of mathematics in the twentieth century.

In the second of these problems Hilbert called for a mathematical proof of the consistency of the arithmetic axioms—a question that influenced both the development of mathematical logic and computing.