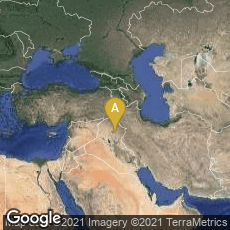 In Mesopotamia Neolithic Tokens are Developed for "Concrete" Counting According to the theory about the origins of counting and writing developed by Denise Schmandt-Besserat, around 8000 BCE the Palaeolithic notched tallies representing the simplest form of counting — in one-to-one correspondence — were superseded by Neolithic clay tokens in various geometric forms suited for concrete counting invented in Mesopotamia. The significance of these tokens "as an operational device in Mesopotamian bureaucracy," was first grasped by archaeologist Pierre Amiet, teacher of Schand-Besserat in 1972 with respect to tokens found in Nuzi, an ancient Mesopotamian city southwest of Kirkuk in modern Al Ta'amim Governorate of Iraq, located near the Tigris river. (Schmandt-Besserat, Before Writing I [1992] ix.)