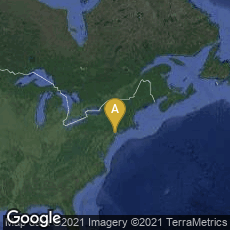 Armstrong received a patent on wideband FM on December 26, 1933.

"Armstrong conducted the first large scale field tests of his FM radio technology on the 85th floor of RCA's (Radio Corporation of America) Empire State Building from May 1934 until October 1935. However RCA had its eye on television broadcasting, and chose not to buy the patents for the FM technology.  A June 17, 1936, presentation at the Federal Communications Commission (FCC) headquarters made headlines nationwide. He played a jazz record over conventional AM radio, then switched to an FM broadcast. 'If the audience of 50 engineers had shut their eyes they would have believed the jazz band was in the same room. There were no extraneous sounds,' noted one reporter. He added that several engineers described the invention 'as one of the most important radio developments since the first earphone crystal sets were introduced' " (Wikipedia article on Edward Howard Armstrong, accessed 07-12-2009).

Armstrong's first paper on FM radio was "A Method of Reducing Disturbances in Radio Signaling by a System of Frequency Modulation," presented to the New York section of the Institute of Radio Engineers on November 6, 1935, and first published in Proceedings of the IRE, 24, no. 5, (1936) 689–740.