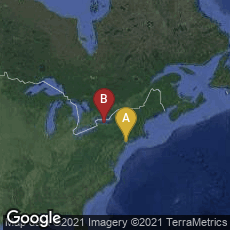 In 1938 American physicist, inventor, and patent attorney Chester F. Carlson of Astoria, Queens, New York invented xerography, Originally called electrophotography, xerography did not become a commercial success until the wide adoption of the xerographic copier during the late 1950s.

In 1949 the Haloid Company of Rochester, New York introduced the Model A, the first commercial xerographic copier. Manually operated, it was also known as the Ox Box. An improved version, Camera #1, was introduced in 1950. The company renamed itself Haloid Xerox in 1958, and shortened its name to Xerox Corporation in 1961.