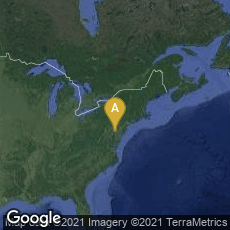 IBM Pluggable Sequence Relay Calculator. Plugboard is visible at the front of the base of the machine.

In December 1944 IBM produced the Pluggable Sequence Relay Calculator (PSRC) for the United States Army at Aberdeen Proving Ground. This special-purpose punched-card calculator, developed for calculating artillery firing trajectories, was capable of performing a programmed sequence of up to fifty arithmetic steps.

For the remainder of World War II these punched-card calculators, programmed with plug boards, remained the fastest digital calculators in the United States.

“These are the fastest relay calculators in operation; they perform six multiplications a second together with a great deal of addition, subtraction, reading, writing and consulting tables. They are not as elaborate as the Sequence Calculator at Harvard in that they have less storage capacity and less sequencing facilities; however, they are about twenty times as fast. Consequently, for those problems which can be handled in this way, they will do in one day what the Sequence Calculator will do in twenty days” (W.J. Eckert, 1947).

Because the ENIAC did not become operational until 1945, and stored-program computers following the EDVAC design were a later development, the IBM PSRC has sometimes been called "the missing link between punched card equipment and stored program computers."

"As late as 1947, the Aberdeen machines still had the fastest calculating unit in existence. Their basic operations included addition, subtraction, multiplication, division, square root, and column shift. These were the first punched-card machines to support division and square root. There were 36 storage and computing registers, and certain parallel processing capabilities, including the ability to read and process four input card streams simultaneously."